The Aspects album trilogy is a series of CD’s tracking my musical and lyrical artistic development from 1978 to the present day. Linking my Soul/R&B roots with spiritual development. The first, ‘Love Aspects’ was released in November, 2013 and picks up where ‘We Do It’ left off. ‘Groove Aspects’ is the second album in my Aspects Triptych released in June 2014. It picks up from the smooth grooves of Love Aspects and transforms into something that is grittier and with more attitude and is a homage to my horn buddies from touring days. The third, ‘Devotional Aspects’ was released in March 2016 and represents a movement into different song formats with a high spiritual content while still retaining the groove. Gotta keep the groove.
Completion of the triptych has released me into experimenting with new forms and ideas, such as combining songs with poetry, film and dance. 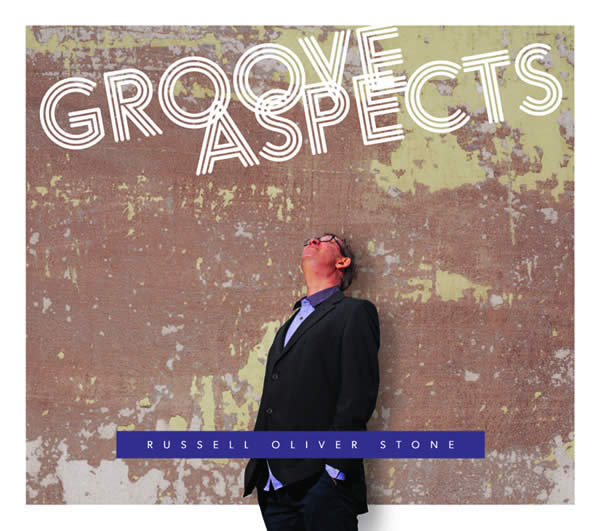 Groove Aspects – released 4th August, 2014 on Stone Records. Groove Aspects is the second album in my Aspects Triptych. It picks up from the smooth grooves of Love Aspects and transforms into something that is grittier and with more attitude. As well as funk and soul, the jazz element is amplified and features such jazz luminaries as Derek Watkins (the Bond trumpeter), Andy Macintosh, Nigel Hitchcock, Mitch Dalton, Pete Beachill and many more. Groove Aspects is in your face and demands that you get up shake it around, it makes no apologies. In this I am operating in an area/genre that I have made my own with a lineage that is rooted in the 70′s and 80′s but is bang up to date at the same time.

“Following on from the previous ‘Love Aspects’ this album (the second in the ‘Aspects’ triptych), ‘Groove Aspects,’ focuses on a funkier, more up-tempo vibe throughout the 14 tracks with Russell being backed by his 10-piece big band, which are swinging like a bam door in a gale on each track. Favourite picks include ‘It’s You Baby’ an homage to Jonny ‘Guitar Watson’, Nobody Told Me’ A love song that is more gritty than gentle and ‘Young Girls’ an all out funk bomb. Having overcome the personal tragedy that almost destroyed him Russell’s long-overdue return to the music industry represents the latest chapter in this soul veteran’s remarkable story.” 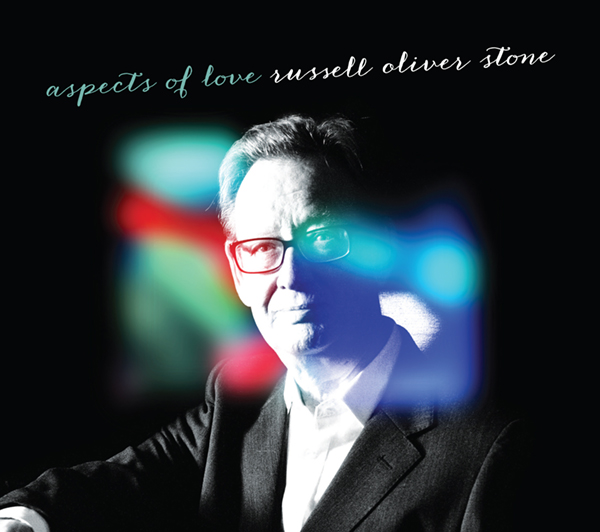 ‘Love Aspects’ is the first in a series of 3 CD’s, tracking my progress as a human being and artist since the death of my late wife Joanne in 1979. We were the recording duo, ‘R&J Stone’ and had a huge, worldwide hit in 1976 with my self-penned song ‘We Do It.’ Her death was a traumatic event for me and my family, and it has taken many years for me to recover. But all the while, I continued to write songs. It was the meeting with Marcus that proved to be pivotal to this project. His unique abilities as a multi-instrumentalist plus his groove sensibility breathed life into each song.

I know somewhere Joanne is looking on with that sweet smile of hers.

As Bill B from ‘Soul Jazz and Funk’ puts it in his excellent review:

“The 12 track long player has all the hallmarks of a blue-eyed, Brit soul classic with the music packed with memorable hooks, catchy melodies and smooth, soul-based grooves. Russell comes on a bit like Kenny Thomas and a bit like Paul Carrack… but then again he’s not like them at all. Throughout the set he’s his own man – try the gentle, insinuating falsetto on ‘Midnite’ to hear what I mean, while the beefy, brassy ‘Love Will Endure’ opens the album in fine style.”